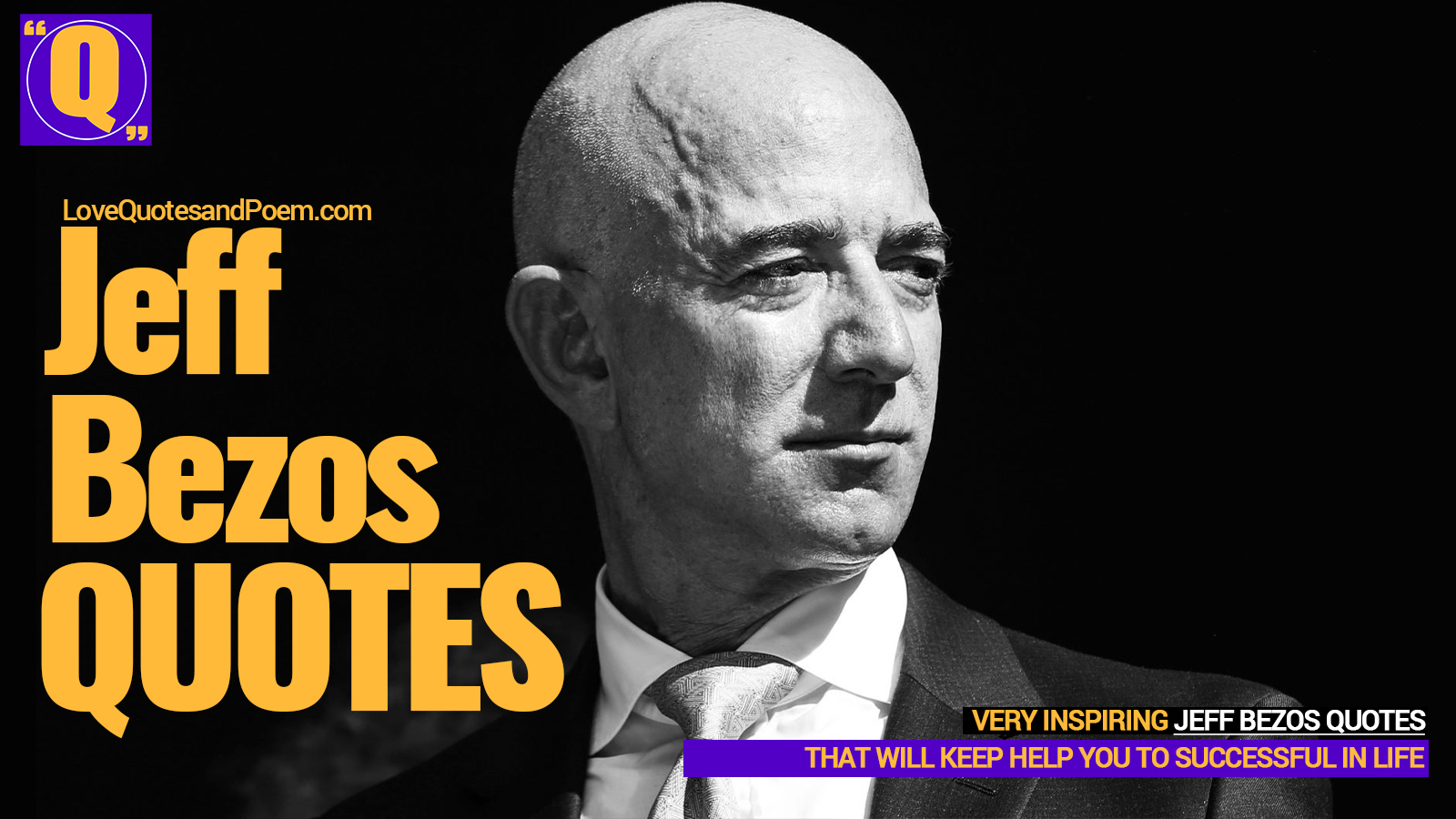 CEO of Amazon Jeffrey Preston Bezos was born on 12 January 1964 in New Mexico, United States. His mother’s name is Jacklyn and the name Bezos he had inherited from his step-father Mike Bezos. From his childhood, he had an interest in electrical and computer-related stuff, and later from Princeton University, he obtained degrees in Electrical Engineering and computer science.

Jeff Bezos started his career from a computer-related company on Wall Street and later shifted to Fitel, an international Trading Company. In 1994 after taking 300,000 dollars from his parents which was their retirement money he started the world-famous company Amazon.com.

Named after the famous Amazon River in Africa was a vision of Jeff Bezos. He siphoned all his knowledge from his previous jobs and experiences and started initially as an online site that sold books. Before launching the site he asked his friends to test the beta version of his site.

The site like Apple started from a garage and Jeff hired a few employees who started developing the site along with him and the operation was gradually expanded to a two-bedroom house. After its launch in 30 days without any promotion, Amazon was able to sell books in the US and 45 other countries.

By, 1997 Amazon became a public company and was joked around by many stock analyst that how come someone invests in a company which has no inventory at all. But .com burst proved to be a boon for the site and it started sailing the high tides. Amazon has faced the recession many times but Jeff Bezos’s impeccable decision making power helps to sail the currents of time safely.

His vision and concern for his employees can be noted by his decision that made sure that all his employees will get a minimum wage of 15$ an hour in 2018. This decision has greatly enhanced the company’s public image in the market. His book The Everything Store shows his two sides as a boss where he could simply fire an employee if they are unable to come up with a good idea which was anticipated by himself. On, the other hand good ideas and concepts are always welcomed by him but if provoked he is the most brutal boss you can ever find.

A startup with a unique idea is always a difficult journey and while making his idea come into action Bezos had to face a lot of obstacles. But he patiently faced all the hindrances that came in his path and successfully established Amazon.com and its offices all around the globe.

“In business, what’s dangerous is not to evolve.” ― Jeff Bezos

“Keep our competitors focused on us, while we stay focused on the customer.” ― Jeff Bezos Quotes

“The thing that motivates me is a very common form of motivation. And that is, with other folks counting on me, it’s so easy to be motivated.” ― Jeff Bezos “We have focused like a laser on customer experience, and that really does matter.” ― Jeff Bezos Quotes

“The people who are right a lot, often change their minds.” ― Jeff Bezos

“If you’re competitor-focused, you have to wait until there is a competitor doing something. Being customer-focused allows you to be more pioneering.” ― Jeff Bezos “Profitability is very important to us or we wouldn’t be in this business.” ― Jeff Bezos Quotes

“This has the potential to be bigger than anything we’ve ever done.” ― Jeff Bezos 9 Best Jeff Bezos Quotes are above

“The human brain is an incredible pattern-matching machine.” ― Jeff Bezos

“If you never want to be criticized, for goodness sake don’t do anything new.” ― Jeff Bezos

“A brand for a company is like a reputation for a person. You earn reputation by trying to do hard things well.” ― Jeff Bezos Quotes “All businesses need to be forever.” ― Jeff Bezos

“If you’re not stubborn, you’ll give up on experiments too soon. And if you’re not flexible, you’ll pound your head against the wall and you won’t see a different solution to a problem you’re trying to solve.” ― Jeff Bezos Quotes “What we need to do is always look into the future.” ― Jeff Bezos

“If you want to be inventive, you have to be willing to fail.” ― Jeff Bezos

“We see our customers as invited guests to a party, and we are the hosts. It;s our job every day to make every important aspect of the customer experience a little bit better.” ― Jeff Bezos “When the world changes around you and when it changes against you, what used to be a tail wind is now a head wind, you have to lean into that and figure out what to do because complaining isn’t a strategy.” ― Jeff Bezos

“If you do build a great experience, customers tell each other about that. Word of mouth is very powerful.” ― Jeff Bezos

“I don’t want to use my creative energy on somebody else’s user interface.” ― Jeff Bezos

“One of the huge mistakes people make is that they try to force an interest on themselves. You don’t choose your passions. Your passions choose you.” ― Jeff Bezos “I know that if I failed I wouldn’t regret that, but I know the one thing I might regret is not trying.”
― Jeff Bezos Quotes

“There’ll always be serendipity involved in the discovery.”
― Jeff Bezos

“It’s not an experiment if you know it’s going to work.”
― Top Jeff Bezos Quotes

“I believe you have to be willing to be misunderstood if you’re going to innovate.”
― Jeff Bezos Quotes

“A company shouldn’t get addicted to being shiny because shiny doesn’t last.”
― Jeff Bezos

Though Amazon initially started as an online book store it sells almost everything now and is now the world’s greatest e-commerce chain.

Just like its name you can from A to Z anything on Amazon. Jeff Bezos has worked day and night to make his vision come true and is one of the most successful personalities of the world. I hope you like, all the Jeff Bezos Quotes.