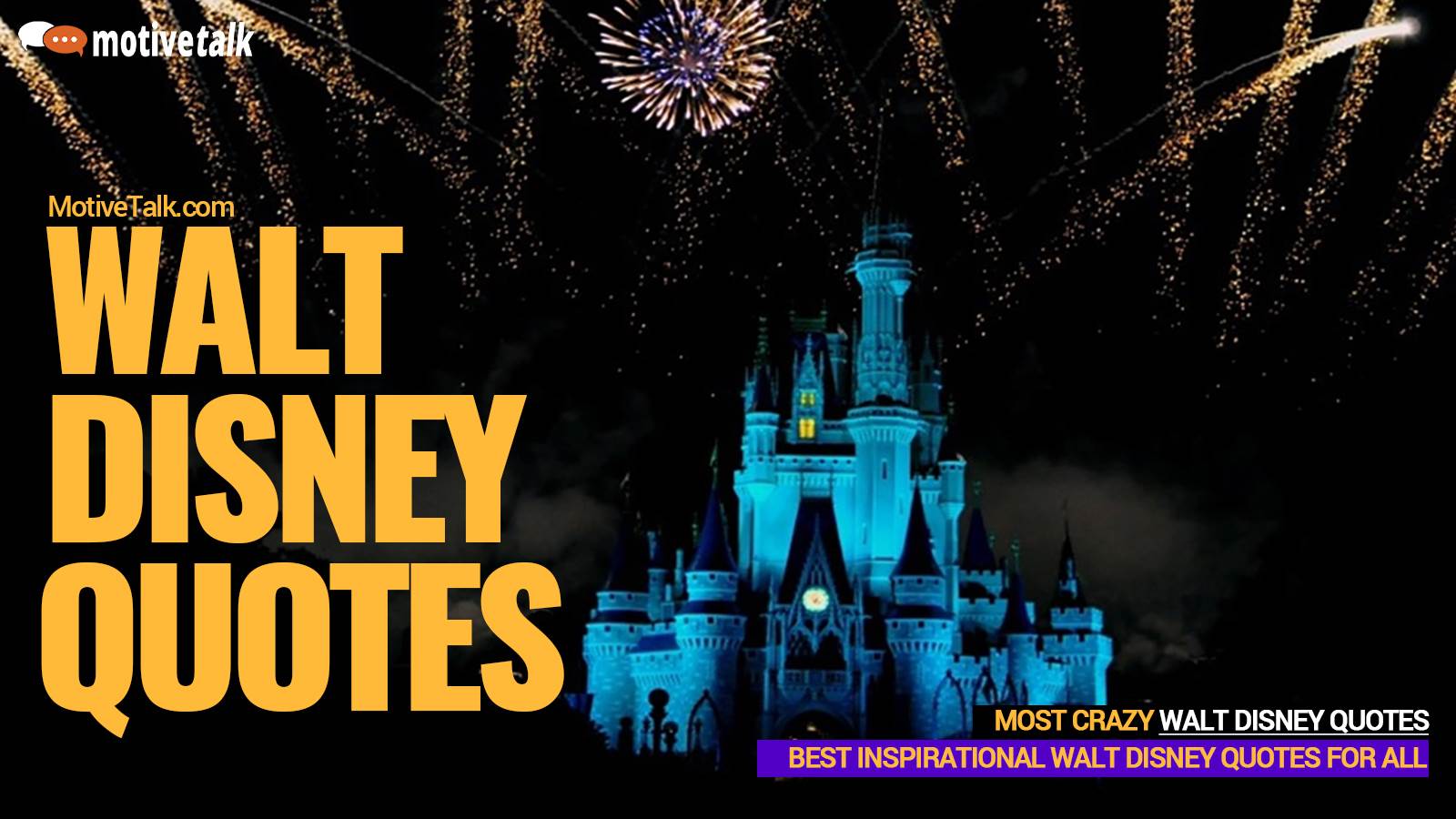 After the release of the first movie Snow White and Seven Dwarfs, Walt Disney has created a wonderful world full of fantasies for us. We all grew up watching the beautiful world created by him we still love it as a grown-up.

He was rejected so many times, but he never gave up on his passion and dreams. His hard work and zeal gave us the most beautiful memories of our childhood.

Through his cartoons, he conveyed so many wonderful messages on love, friendship, and life. His characters are and will always be loved by the people in the future. His efforts have and will give life to many children’s tale characters. Not only children, we as grown up to also enjoy seeing characters in our books come to life and being portrayed in front of us.

His cartoons are not only a source of entertainment but also inspire us to work against the odds. The list of favorite characters created by Disney is a never-ending list. On the contrary, it keeps on adding up with new characters to inspire and entertain us.

His characters have created so many wonderful quotes like “Hakuna Matata” which inspire us to “Just Chill Enjoy” despite all the troubles we are going through in life.

We can relate to our life problems to the struggles faced by the character and inspire us to work against the tide and turn it in our favor. Anyone can inspire himself from his favorite character created by Disney.

Mickey Mouse one of the most iconic and recognized characters in the world was created by himself and not many people know that he was fired for creating such a nonsense character. Walt Disney believed in the power and sweetness of Mickey Mouse and never gave up on his passion. It is his passion that doesn’t give us Mickey Mouse but laid the foundation and opened gates for many characters like Olaf, Goofy, Donald Duck, and many more. The list never ends.

Over time Disney has adapted himself and has created many serious characters like Lion King, Mulan, and Pocahontas. These characters inspire to fight against all odds and achieve success through determination and passion. There are so many moments in the movies which not only motivate us but also teach important lessons of life to even grownups and adults.

The dresses and jewelry are an all-time favorite of children in every generation as you can see that every little girl now wants to dress up like Elsa. We have made a collection of some beautiful quotes to boost up your morale. “Good bye may seem forever. Farewell is like the end, but in my heart is the memory and there you will always be.” ― Walt Disney Quotes

“Do not be followed by its commonplace appearance. Like so many things, it is not what is outside, but what is inside that counts.” ― Inspirational Walt Disney Quotes

“To laugh at yourself is to love yourself.” ―Mickey Mouse (Walt Disney Quotes)

“People often ask me if I know the secret of success and if I could tell others how to make their dreams come true. My answer is, you do it by working.” ― Best Walt Disney Quotes

“You can design and create, and build the most wonderful place in the world. But it takes people to make the dream a reality.” ― Quotes Of Walt Disney “Of all of our inventions for mass communication, pictures still speak the most universally understood language.” ― Inspirational Walt Disney Quotes

“I always like to look on the optimistic side of life, but I am realistic enough to know that life is a complex matter.” ― Inspirational Walt Disney Quotes

“All our dreams can come true, if we have the courage to pursue them.” ― Motivating Walt Disney Quotes

“Close your mouth, please, Michael. We are not a codfish.” ― Inspirational Walt Disney Quotes

“Every minute spent in your company becomes the new best moment of my life.” ― Bold (Walt Disney Quotes) “I have no use for people who throw their weight around as celebrities, or for those who fawn over you just because you are famous.” ― Inspirational Walt Disney Quotes

“I would rather entertain and hope that people learned something than educate people and hope they were entertained.” ― Inspirational Walt Disney Quotes

“The more you like yourself, the less you are like anyone else, which makes you unique.” ― Motivating Walt Disney Quotes

“I am not influenced by the techniques or fashions of any other motion picture company.” ― Motivating Walt Disney Quotes “When people laugh at Mickey Mouse, it’s because he’s so human; and that is the secret of his popularity.” ― Best Walt Disney Quotes

“Animation offers a medium of story telling and visual entertainment which can bring pleasure and information to people of all ages everywhere in the world.” ― Inspirational Walt Disney Quotes

“If you can visualize it, if you can dream it, there’s some way to do it.” ―Quotes Of Walt Disney

“A true hero isn’t measured by the size of his strength, but by the strength of his heart.” ― Hercules (Best Walt Disney Quotes)

“I have been up against tough competition all my life. I wouldn’t know how to get along without it.” ― Quotes Of Walt Disney “You think the only people who are people, are the people who look and think like you. But if you walk the footsteps of a stranger, you’ll learn things you never knew you never knew.” ― Quotes Of Walt Disney

“When you believe in a thing, believe in it all the way, implicitly and unquestionable.” ―Quotes Of Walt Disney

“Times and conditions change so rapidly that we must keep our aim constantly focused on the future.” ― Quotes Of Walt Disney These quotes haven’t only inspired us but also help us to relive our childhood in the best possible way. The characters relate to us in many ways and your characters relate to us in many ways and you can choose from a list of so many characters like Aladin who from street thief turned into King of Arabia. The stories always end with a happy ending and give us hope that we might be in a bad situation now but we will have a happy ending.

Comments below, what is your favorite Disney Quotes?

Alice In Wonderland Quotes – Get Back Our Childhood Memories

Top 16 Most Expensive Sneakers In The World (Update Aug 2022)

The 10 Best Spotify Alternatives of 2022

The 9 Best Netflix Alternatives of 2022