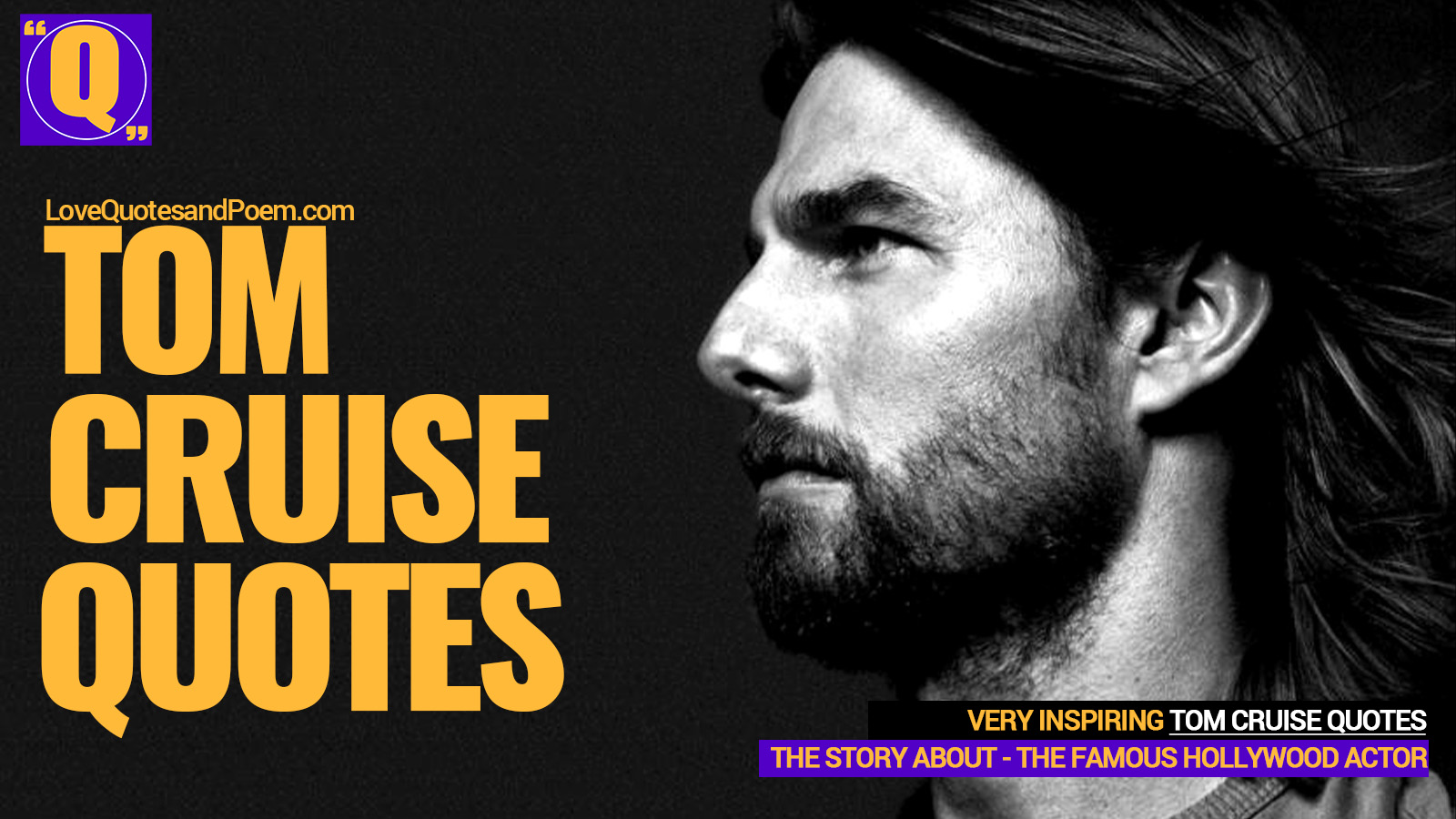 Tom Cruise born on 3 July 1962 is one of the highest-paid American Writer and Producer, he is also credited to be one of the highest-grossing actors of all times. His mother was a special education teacher named Mary Lee and father Thomas Cruise who was an electrical engineer by profession. He has got 3 elder sisters namely Lee Anne, Marian, and Cass with whom he shares a deep bonding.

At a young age of 19 Tom Cruise started his acting career starring in the movie Endless Love and made himself noted with a comedy movie Risky Business. ‘Top Gun‘ is one of his earliest critically acclaimed works in which he portrayed the famous role of Lieutenant Pete. He received Golden Globe Award for best actor for portraying the role of Ron-Kovic an anti-war activist in the movie born on the Fourth Of July.

Some of the other famous works of Tom Cruise are “Interview With Vampire“, “A Few Good Men“, “Rain” and many more. “Minority Reports” and “War of the Worlds” is his noted works which he made in collaboration with famous director Steven Spielberg. His role as IMF Agent Ethan Hunt in the world-famous movie franchise Mission Impossible which was successful both commercially and critically.

Tom Cruise is one of the highest top-grossing actors of North America and his movies have grossed $4 billion at US and Canadian box office and an estimate of 10.1 billion all across the globe.

Tom Cruise is blessed with a daughter named Suri from his wife Katie Holmes whom he divorced later on. He adopted two children Isabella Jane and Connor Antony while he was married to actress Nicole Kidman. Tom Cruise is famous for his outspoken and candid personality.

He suffered from dyslexia at an early age and has said that Scientology has greatly helped him to overcome dyslexia. He is strongly promoting the Church of Scientology and funds its social program.

He was introduced to Scientology by his wife Mimi Rogers whom he divorced later on. Leader David Miscavige awarded Tom Cruise with Scientology Freedom Medal of Valor in the year 2004 for his contribution towards the belief of the church and promoting it.

He is also known for raising funds for rescue workers detoxication therapy who were working in the New York 9/11 attack.

He raised the fund through Downtown Medical located in San Fransico.

“I always look for a challenge and something that’s different.” ― Tom Cruise Quotes

“I didn’t become an actor to have power, but it just happens that I have it and so I have a lot of opportunities.” ― Tom Cruise “No dream is ever just a dream.” ― Tom Cruise

“The important thing is to be relaxed in your work. Same in life. Don’t make everything too intense. Then you can let everything go and not “act”.” ― Tom Cruise Quotes “When you become successful in any type of life, there are people who are not contributing to the motion.” ― Tom Cruise Quotes

“Individuals have to decide what is true and real for them.” ― Tom Cruise

“The exciting part of acting, I don’t know how else to explain it, are those moments when you surprise yourself.” ― Tom Cruise 9 Famous Tom Cruise Quotes are above

“I don’t care who you are, life has challenges.” ― Tom Cruise

“My childhood was extremely lonely. I was dyslexic and lots of kids make fun of me. That experience made me tough inside, because you learn to quietly accept ridicule.” ― Tom Cruise

“As a kid, when I got to the edge of a cliff I wanted to jump off. I didn’t want to kill myself. I wanted to fly.” ― Tom Cruise “I disagree with people who think you learn more from getting beat up than you do from winning.” ― Tom Cruise

“I feel good about the decisions that I made and I’m happy. You know, I’m really happy.” ― Tom Cruise “Talk is over-rated as a means of settling disputes.” ― Tom Cruise

“Every single time I start to do a picture, without fail, I feel as if I don’t know what I’m doing.” ― Tom Cruise Quotes “Here’s how I’ve lived my life: I’ve never been late to a set. I make films I believe in. I feel privileged to be able to do what I love.” ― Tom Cruise Quotes

“When you have to cope with a lot of problems, you’re either going to sink or you’re going to swim.” ― Tom Cruise At a very young age of 19 years, Tom Cruise started his acting career. He is a globally acclaimed actor and producer. He is an inspiration for many people all over the world. He has won awards like Golden Globe Award and Saturn Award for Best Actor for his memorable role in the movie Vanilla Sky.

He is the eighth highest-grossing actor with an estimated wealth of $570 million Approx.

Most Powerful Vladimir Putin Quotes – That Will Blow Your Mind