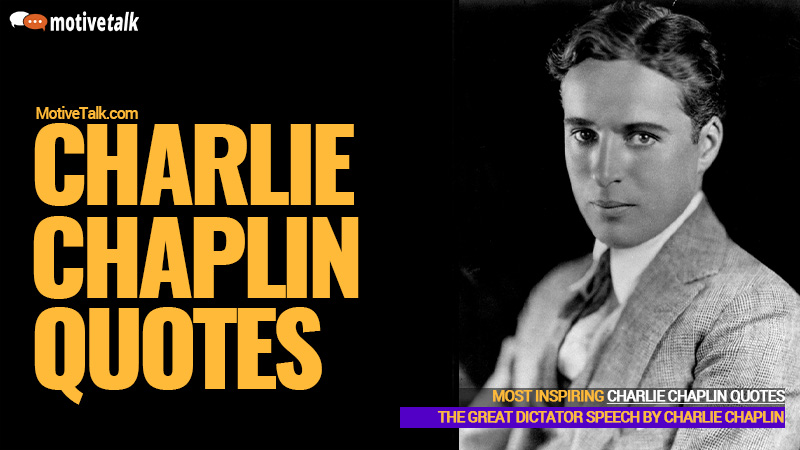 Sir Charles Spencer Chaplin was born on 16th April 1889 in England. His father’s name was Charles Chaplin Sr. and his mother’s name was Hannah Chaplin and they both were music hall entertainers by profession.

His father left his mother when he was quite young due to her mental health issues.

Charlie Chaplin spend his childhood days in extreme poverty and had to struggle a lot to put bread on his table. He made his first stage appearance at the tender age of five to replace his mother in a show whose mental health was deteriorating day by day.

At the age of he joined the Eight Lancashire Lads clog-dancing troupe and toured all the music halls for the next 2 years.

His hardworking nature and extraordinary acting skills at such a young age got him great audience attention and applause.

Charlie had a very good bond with his half-brother Sydney with whom he spent his childhood days working at desolated workhouses and staying at residential schools.

Their mother’s mental condition further worsened and had to be confined in an asylum.

He used his mother’s musical contacts and started getting work for himself at an early age. His career started at a very young age and had a span of around 75 years.

In,1914 Chaplin appeared in Mack Sennet’s comedy film Making a Living which laid the foundation of his comic image as we know it today.

On Sennet’s recommendation, Chaplin turned his character more hilarious as he created the world-recognized character “The Tramp”.

He extemporized his character by changing his character by wearing a very short coat, oversized pants, floppy shoes, a roughly damaged derby hat, and the look was finished with a small mustache and an old cane.

His character portrayed a quintessential weirdo who was abandoned by society, faced a stroke of bad luck in love, and was a jack of all trades.

The character was based on his childhood struggles and was loved by the audience for his cheekiness who left all his sorrows behind to find a better future.

The character was a hit and Chaplin was established as a superstar. He did 35 movies with Keystone based on “The Tramp” character.

In 1918 he shifted his studio to First National Film Corporation signing a deal of $1 million.

While working in this studio he made his masterpiece “The Gold Rush” in 1925 and “The Circus” in 1928. His silent movie “City Lights” was also a major success in the time of Talkies movies.

He married four times in his lifetime and all tragically ended in a divorce. He had eleven children from his marriages and the family tree is now fully blooming with his grandchildren. “All my pictures are built around the idea of getting in trouble and so giving me the chance to be desperately serious in my attempt to appear as a normal little gentleman.” ― Charlie Chaplin Quotes

“A day without laughing is a day wasted.” ― Best Charlie Chaplin Quotes

“Life is a play that does not allow testing. So sing, cry, dance, laugh and live intensely, before the curtain closes and the piece ends with no applause.” ― Charlie Chaplin Quotes

“I suppose that’s one of the ironies of life doing the wrong thing at the right moment.” ― Charlie Chaplin Quotes

“I remain just one thing, and one thing only, and that is a clown. It places me on a far higher plane than any politician.” ― Quotes of Charlie Chaplin “Life could be wonderful if people would leave you alone.” ― Quotes of Charlie Chaplin

“Dictators free themselves, but they enslave the people.” ― Charlie Chaplin Quotes

“All I need to make a comedy is a park, a policeman and a pretty girl.” ― Quotes of Charlie Chaplin

“I do not have much patience with a thing of beauty that must be explained to be understood. If it does need additional interpretation by someone other than the creator, then I question whether it has fulfilled its purpose.” ― Charlie Chaplin Quotes “You’ll never find a rainbow if you’re looking down.” ― Quotes of Charlie Chaplin

“I do not need drugs to be a genius, do not take a genius to be human, but I need your smile to be happy.” ― Quotes of Charlie Chaplin

“There are more valid facts and details in works of art than there are in history books.” ― Charlie Chaplin Quotes

“Think about yourself at least once in your life otherwise you may miss the best comedy in this world.” ― Quotes of Charlie Chaplin The remaining 14 Quotes of Charlie Chaplin Are Below

“I hope we shall abolish war and settle all differences at the conference table.” ― Quotes of Charlie Chaplin

“I believe in the power of laughter and tears as an antidote to hatred and terror.” ― Best Charlie Chaplin Quotes

“In the light of our egos, we are all dethroned monarchs.” ― Quotes of Charlie Chaplin

“Life can be wonderful if you’re not afraid of it. All it needs is courage, imagination. And a little dough.” ― Best Charlie Chaplin Quotes

“All artists experience a lull in their work. It is a period of replenishing the soil – of plowing in and turning under our past experiences and watering them afresh with new ones.” ― Quotes of Charlie Chaplin “Life is a tragedy when seen in close-up, but a comedy in long-shot. To truly laugh, you must be able to take your pain, and play with it.” ― Quotes of Charlie Chaplin

“The world is not composed of heroes and villains, but of men and women with all the passions that God has given them. The ignorant condemn, but the wise pity.” ― Charlie Chaplin Quotes

“The persecution of any minority is inhuman and unnatural. That belief is timeless and beyond change.” ― Quotes of Charlie Chaplin

“Man as an individual is a genius. But men in the mass form the headless monster, a great, brutish idiot that goes where prodded.” ― Charlie Chaplin Quotes “Over the years I have discovered that ideas come through an intense desire for them; continually desiring, the mind becomes a watch tower on the look-out for incidents that may excite the imagination, music, a sunset, may give image to an idea.” ― Quotes of Charlie Chaplin

“In this world there is room for everyone, and the good earth is rich and can provide for everyone. The way of life can be free and beautiful, but we have lost the way. Greed has poisoned men’s souls, has barricaded the world with hate, and has goose-stepped us into misery and bloodshed.” ― Quotes of Charlie Chaplin

“Let us strive for the impossible. The great achievements throughout history have been the conquest of what seemed the impossible.” ― Best Charlie Chaplin Quotes On,25th, December 1977 the great legend took his last breath in Switzerland. His home where he died has been converted into a museum called the “Chaplin’s World”.

He got the longest standing ovation of 12 minutes in the Academy Awards for his lifetime contribution to Hollywood cinema and for creating a character that can never be forgotten.

Rising from extreme poverty he established himself as the greatest comic artist on the screen.

He was dedicated to his work and his money movies are still considered a masterpiece. He was quite influential and his words create a great impact on the human mind. We hope that his quotes inspire you to achieve success in life.