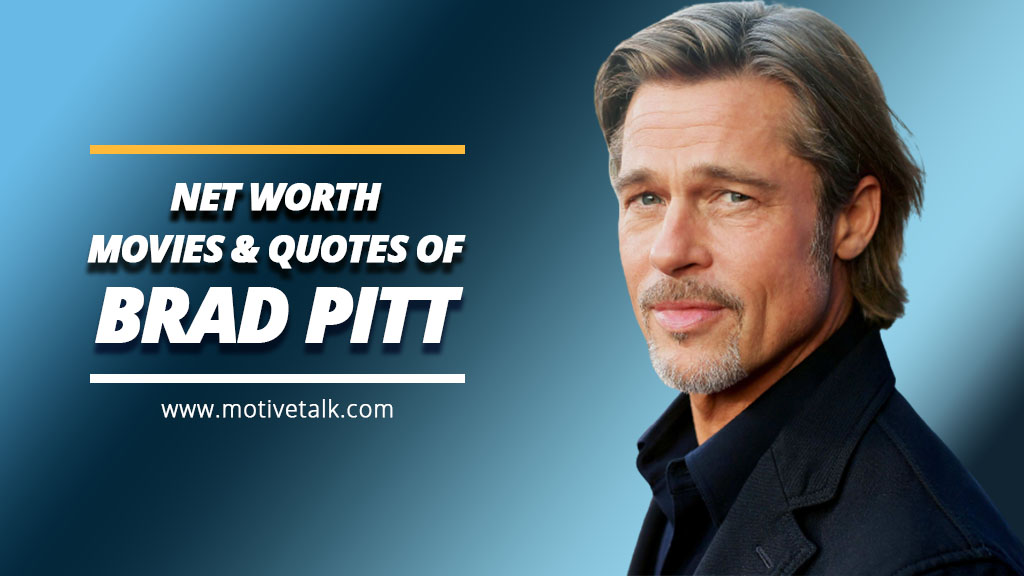 Brad Pitt is a very famous actor and producer in Hollywood. So here will discuss Brad Pitt Net Worth (300 Million USD), Movies list, Quotes, and Few Interesting Facts about him. Let’s start;

William Bradley Pitt known as Brad Pitt in Hollywood was born on 18 December’1963 in Shawnee, Oklahoma, USA. He is one of the renowned actors and film producers of his time.

Just because of his hard work, passion, and devotion towards his works, he has managed to be in a great deal of blockbuster Hollywood hits and gained so many accolades. He gained fame with the character of a cowboy hitchhiker in the film “Thelma & Lousie” in 1991.

And, he started getting roles for many high budget films like A River Runs Through It, Legends of the Fall. He got acclamation with movies like his crime thriller “Seven” and his science fiction 12 Monkeys of 1995 out of which the latter one helped him even earn “Golden Globe Award for Best Supporting Actor”.

Brad Pitt is known to be one of the most prominent ad significant personalities of the American Entertainment Industry. He was even recognized as the world’s most attractive man for many years.

Brad was born to “William Alvin Pitt”, who was the owner of a trucking company, and “Jane Etta”, who was a school counselor. The family then moved to Springfield Missouri, where he lived with other of his younger siblings: Douglas Mitchell and Julie Neal. Brad belonged to a kind of conservative Christian family.

Pitt was a student of “Kickapoo High School” where he became a member of various teams including swimming, golf, and tennis and he even participated in some clubs of school like Forensic and Key club for music competitions and debates. Then Pitt was enrolled in the University of Missouri for his graduation in 1982 for majoring in journalism to be a successful advertiser. Right before two weeks of completing his degree, Brad left the university and moved to LA for taking acting lessons. 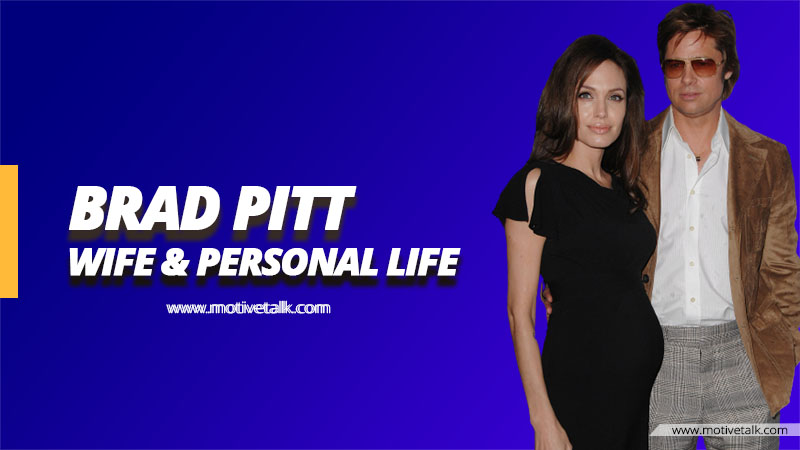 Bradley was indulged in various relationships with so many of his co-actresses like Jill Schoelen, Juliette Lewis, and Robin Givens since he had much of a publicized romance along with engagement news with Gwyneth Paltrow, his “Seven” co-star who dated him for over 3 years from 1994-97.

Then he met Jennifer Aniston, an actress from “Friends” in 1998, and soon married her in 2000 at Malibu in a private wedding ceremony. But in 2005, they both announced their separation, two months later of which Aniston even filed a divorce lawsuit.

During the proceedings of the divorce case, the involvement he was having with Angelina Jolie, his co-star for “Mr. & Mrs. Smith” caught the media’s attention. And on January 11, it was confessed by Angelina that she was pregnant with Pitt’s child.

And then they both announced their engagement in 2012 after being together for seven years. However, in 2016, Angelina too filed a divorce case against him quoting conflicting differences.

Shiloh Nouvel, Angelina’s son was born on 27 May 2006, in Namibia and then Pitt announced that their newborn son would be qualifying for the Namibian passport. And in 2008 Angelina Jolie confirmed her of giving birth to twins. Pitt and Jolie have six children together out of which 3 are adopted. 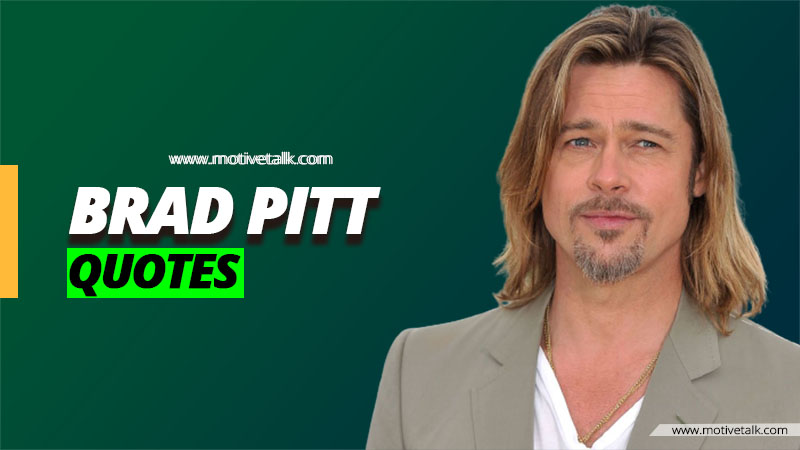 “The woman is the reflection of her man. If you love her to the point of madness, she will become it.” ― Brad Pitt Quotes

“I had a friend who worked at a hospice, and he said people in their final moments don’t discuss their successes, awards or what books they wrote or what they accomplished. They only talk about their loves and their regrets, and I think that’s very telling.” ― Brad Pitt Quotes

“I’ve always believed happiness is overrated, you know? It’s those difficult times that inform the next wonderful time, and it’s a series of trade-offs, of events, of wins and losses.” ― Brad Pitt Quotes

“With sons and father, there’s an inexplicable connection and imprint that your father leaves on you.” ― Brad Pitt Quotes 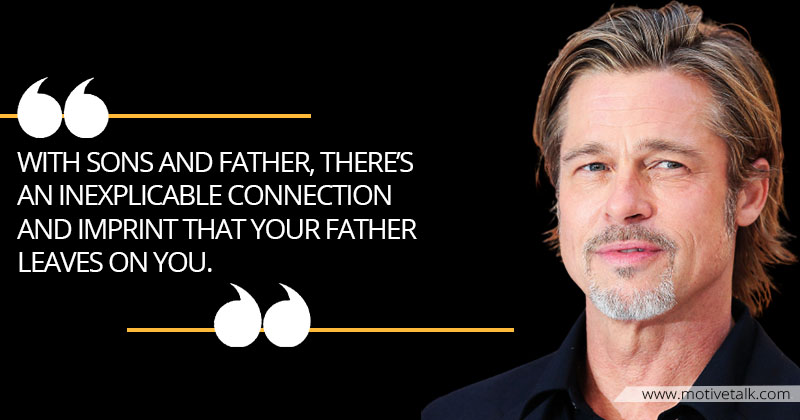 “I’m not a big proponent of happiness. I think it’s highly overrated. I think misery is underrated. There’s so much value in that. You can’t have one without the other.” ― Brad Pitt Quotes

“Success is a beast. And it actually puts the emphasis on the wrong thing. You get away with more instead of looking within.” ― Brad Pitt Quotes

“I’m actually very snobbish about directors. I have to say no all the time. No is the most powerful word in our business. You’ve got to protect yourself.” ― Brad Pitt Quotes

“For me a film is at its best when you can start filling in the story with your own life experience.” ― Brad Pitt Quotes 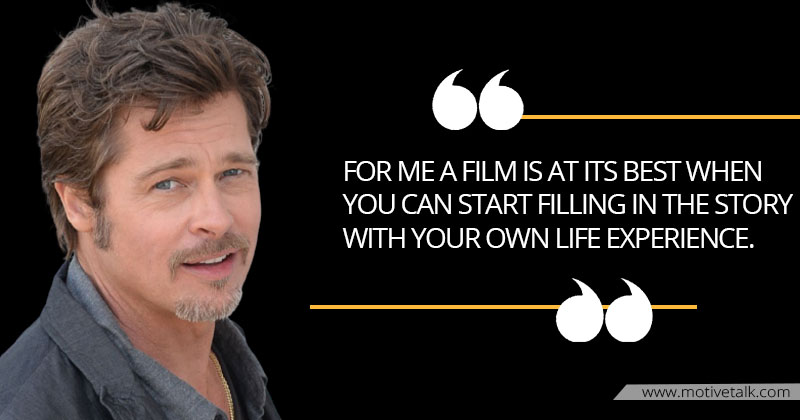 “You must lose everything in order to gain anything.” ― Brad Pitt Quotes

“I get enraged when people start telling other people how to live their lives.” ― Brad Pitt Quotes

“I have a hard time with morals. All I know is what feels right, what’s more important to me is being honest about who you are. Morals I get a little hung up on.” ― Brad Pitt Quotes

“You don’t know someone until you know what they want.” ― Brad Pitt Quotes 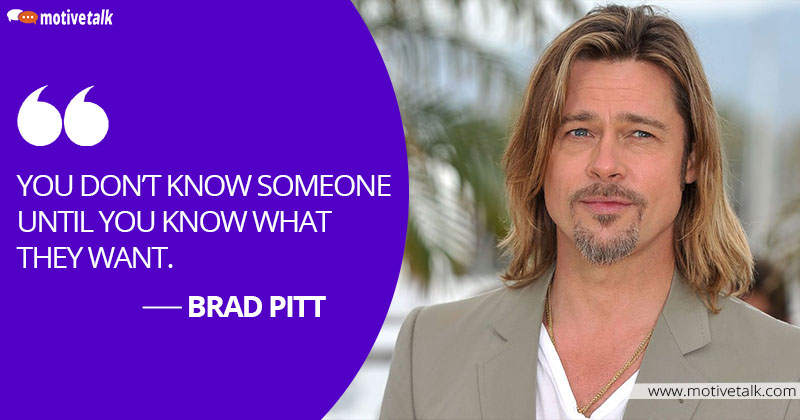 Brad Pitt’s Movies and His Career 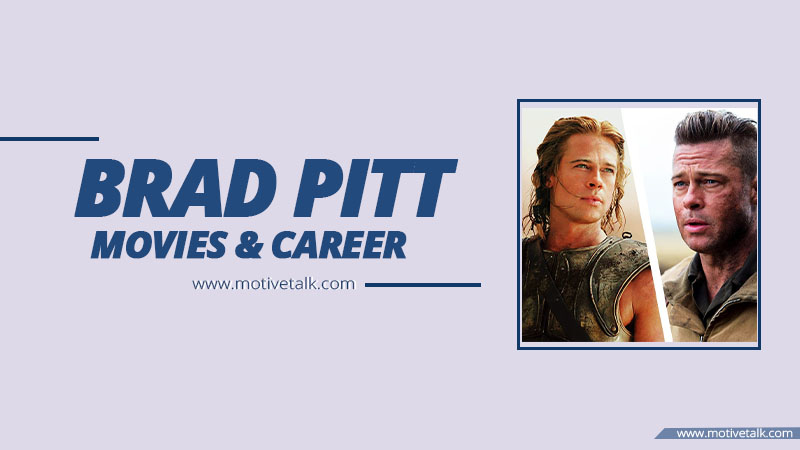 Bradley’s career begins with some of his movies for he doesn’t even got credit, like, “No Way Out”, “No Man’s Land”, and “Less Than Zero”. His television debut was made with an NBC soap opera named “Another World”.

And in the same year-end, he made a guest appearance on “Trial and Error” and “Growing Pains”. He even appeared for four episodes of “Dallas” series by CBS primetime from December 1987 to February 1988. He got his first starring role in “The Dark Side of the Sun” by Yugoslavian- US co-production.

This film was tabled in 1988 and was not released till 1997 due to the outburst of the Croatian War of Independence.

In a biographical film “A River Runs Through IT” in 1992, Pitt appeared for the role of “Paul Maclean”, which was directed by Robert Redford. The most important and influential turning point of Brad Pitt’s life was the year 1992, when he appeared as vampire “Louis de Pointe du Lac” in a horror movie “Interview with the Vampire: The Vampire Chronicles”.

This movie was based on a novel with the same title written by “Anne Rice” in 1976. The movie included big names as its cast including Kirsten Dunst, Tom Cruise, and Antonio Banderas. Later to the release of Interview with the Vampire, Pitt got to appear in “Legends of the Fall” in 1994 based on a novel written by Jim Harrison.

The 1998’s fantasy romance film, “Meet Joe Black” had Brad picturing the embodiment of death occupying the body of a young guy to realize what it is like to be human.

Brad then appeared in a $143 million worth of “Cold War” thriller movie, Spy Game in 2001 for the character of Tom Bishop, who was an operative of CIA’s Special Activities Division. The 2006’s multi-narrative drama Babel was vetted at the 2006 Cannes Film Festival and then was presented at the “Toronto International Film Festival”.

In 1995, Brad Pitt was recognized with the tag; “Sexiest Man Alive” and the same he was able to win again 5 years later in 2000. He received Oscar for his lead role in the movie “The Curious Case of Benjamin Button”. Again his “Terrence Malick’s The Tree of Life”, was able to receive Palme d’Or at Cannes Film Festival. 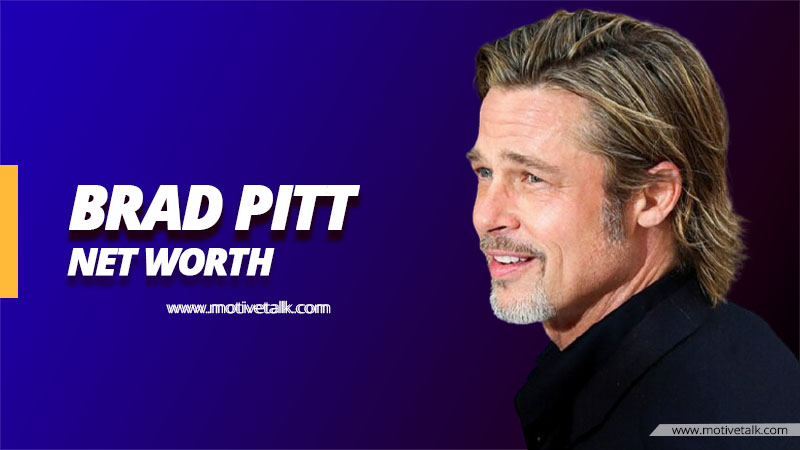 The actual calculated Brad Pitt Net Worth is $300 million accumulated in his long-lived career from many credited and uncredited films.

His properties sum up to be a total amount of over $100 million. He is always noticed being involved in serving humanitarian causes. In 2010, he and Angelina Jolie donated $1 million for “Doctors Without Borders” during the “Haiti earthquake”.

Brad Pitt is one of those few actors who inspire much more of male beauty than acting skills as he was always noticed on Internet Shrines, Paparazzi Blitzkriegs, and People Magazine covers.

Even though the collection of cars owned by Brad is huge but some of those are Range Rover, BMW, Mercedes Benz, Ferrari, Audi, and Lamborghini. He charges an approximate amount of $23 million to $25 million per movie.