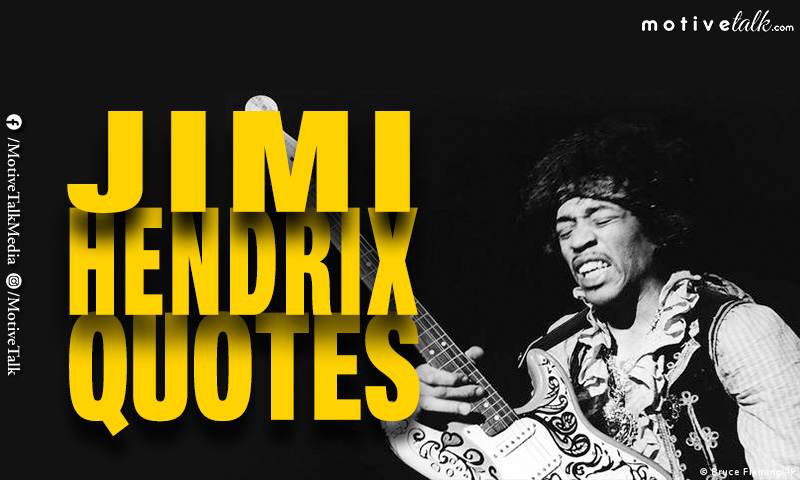 Johnny Allen Hendrix, popularly known as Jimi Hendrix was born on 27 November 1942 in Washington Seattle, America. He is considered one of the most explosive singers of the 19th Century.

Jimi was blessed with a mixed heritage of many genes, including African, American, and Cherokee to be named a few. His parents were both alcoholics and the family struggled to make the ends meet.

He had the strongest relationship with his brother Leon with whom he went in and out of many foster homes. Their mother died of Liver Cirrhosis at a young age after giving to five children in total.

He was a huge fan of ‘Elvis Presley’ and could sing all his songs in a single note. Billy Davis one of his close friends and guitarists brought the changing moment in his life when he introduced him to a short gig with Midnighters.

He was caught two times driving in stolen cars and was given two choices either go for imprisonment or join the army. He chose the latter one and at the age of 19, he joined the army.

He was physically abused and taunted in the army and his solace was his electric guitar red Silvertone Danelectro. He never had any interest in the Army and got a discharge under honorable conditions to pursue his dream of singing.

The family was very poor and could not afford any training for Hendrix. He could not read any music notes but could understand and reproduce everything with the help of his ‘ears’.

HE is one of the greatest examples, that music is not degree bound. His zest for learning music made him one of the most famous singers of pop culture.

He had a very short life span, but he rocked the world with his pop music and rock and roll culture. He is considered one of the greatest legends of the Rock & Roll era and his songs are still loved by people of this generation.

His music was creative in his way and is still a source of inspiration for many young artists of today’s world. His songs were way ahead of time and music had no competition at all even in the Modern music world.

His difficult childhood and rough time in the army became his source of inspiration for the songs and music which rocked every person’s heart. Music lovers still consider his work as a piece of heart.

His words were very powerful and we have made a list of some of his very powerful quotes to inspire your inner artist to go and explore the world.

“You have to go on and be crazy. Craziness is like heaven.”
― Jimi Hendrix Quotes

“Music doesn’t lie. If there is something to be changed in this world, then it can only happen through music.”
― Jimi Hendrix

“Your people I do not understand, so to you I shall put an end and you’ll never hear surf music again.”
― Jimi Hendrix Quotes

“I will be dead in five years’ time, but while I am here, I will travel many highways and I will, of necessity, die at a time when my message of love, peace, and freedom can be shared with people all over the world.”
― Jimi Hendrix Quotes About Life

“Music is a safe kind of high.”
― Jimi Hendrix Quotes About Peace

“I just hate to be in one corner. I hate to be put as only a guitar player, or either only as a songwriter, or only as a tap dancer. I like to move around.”
― Jimi Hendrix Quotes

“When we go to play, you flip around and flash around and everything, and then they’re not gonna see nothin’ but what their eyes see. Forget about their ears.”
― Jimi Hendrix

“I’m goin’ way down south, way down where I can be free. Ain’t no one gonna find me, ain’t no hangman gonna. He ain’t gonna put a rope around me, you better believe it right now, I gotta go now.”
― Jimi Hendrix Quotes

“You don’t have to be singing about love all the time in order to give love to the people.”
― Jimi Hendrix Quotes Power of Love

“Excuse me while I kiss the sky.”
― Best Jimi Hendrix Quotes

“Success, to me, is like doing your utmost, achieving the ultimate. Well, I have not done that. I think I shall always be looking for success.”
― Jimi Hendrix Quotes

“It’s funny the way most people love the dead. Once you are dead, you are made for life. You have to die before they think you are worth anything.”
― Jimi Hendrix

“One day I want to become a parent. Now that is what the world is all about. Having kids. Like planting flowers.”
― Jimi Hendrix Quotes About Life

“I’m the one that’s got to die when it’s time for me to die, so let me live my life the way I want to.”
― Jimi Hendrix Quotes

“The story of life is quicker than the wink of an eye, the story of love is hello and goodbye, until we meet again.”
― Quotes Of Jimi Hendrix

“Even Castles made of sand, fall into the sea, eventually.”
― Jimi Hendrix Quotes

“I used to live in a room full of mirrors; all I could see was me. I take my spirit and I crash my mirrors, now the whole world is here for me to see.”
― Jimi Hendrix Comments

“Sometimes you want to give up the guitar, you’ll hate the guitar. But if you stick with it, you’re gonna be rewarded.”
― Jimi Hendrix

“When I die, I want people to play my music, go wild and freak out and do anything they want to do.”
― Jimi Hendrix quotes about playing guitar

“Don’t raise me up, I am but a messenger.”
― Jimi Hendrix quotes about peace

“When the power of love overcomes the love of power, the world will know peace.”
― Jimi Hendrix Quotes

“It all has to come from inside, though, I guess.”
― Top Jimi Hendrix Quotes

The famous inspiring actor died at the young age of 27, on September 18, 1970. He was influenced by his parent’s alcoholism habits and was a very heavy drinker himself along with drug use.

He died from barbiturate-related asphyxia due to a drug overdose which he was taking for sleep.

Don’t forget to share these inspiring quotes of the most dynamic artist of his time with your friends and family to inspire them with the power of words and music.

Listen to his songs on