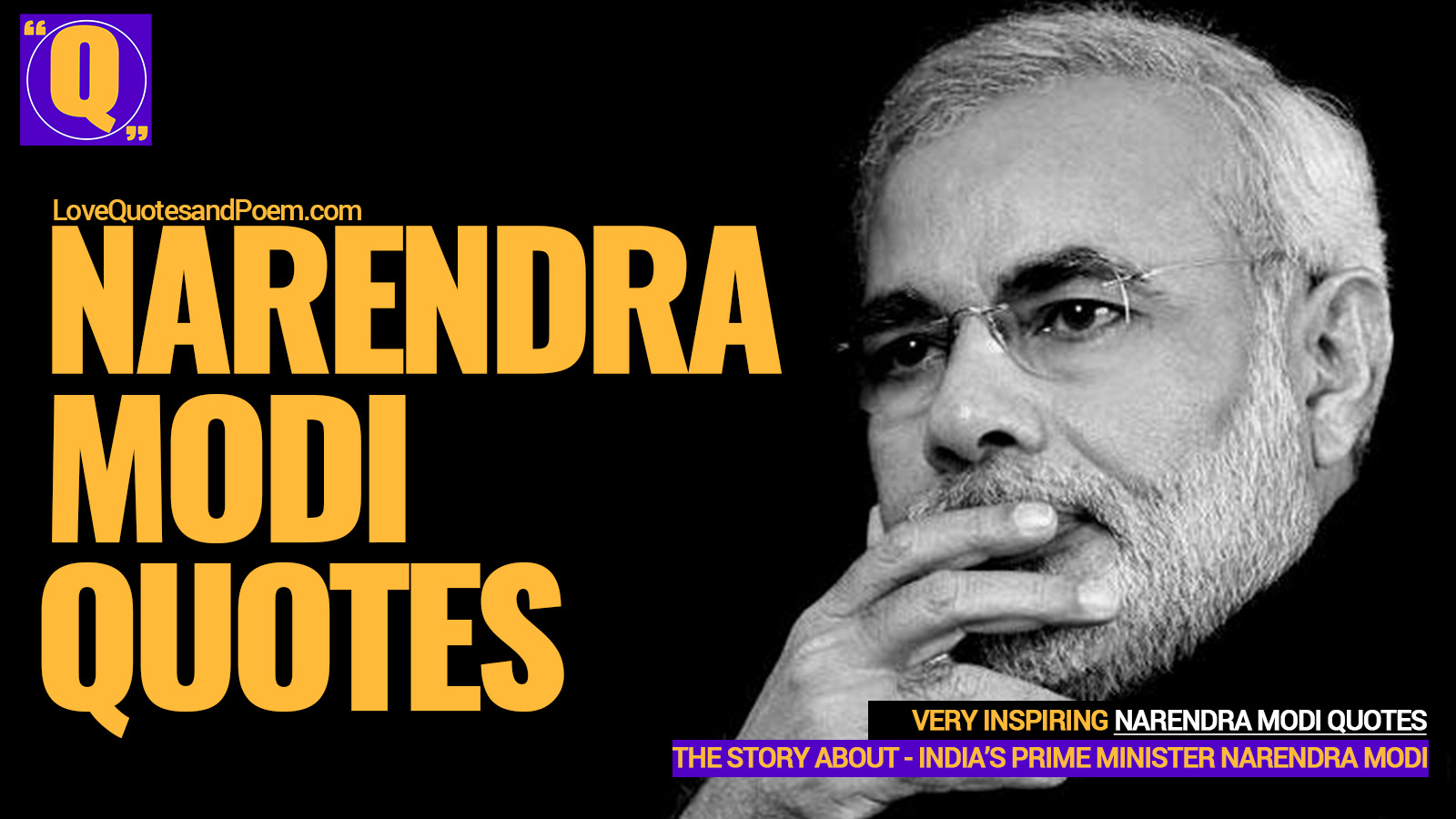 Narendra Modi’s Born: In Vadnagar, Bombay State on 17 September 1950 Prime Minister Narendra Modi was born to Hiraben Modi and Damodar Das Modi. He used to run a tea stall in his early days and during the Pakistan War of 1965 he served the soldiers going to war. He is born with a patriotic nature and helped people of Gujrat during the floods of 1967.

He is a live precedent of “Simple living and High Thinking” and always works for the advancement of humankind. He is a complete vegetarian and never consumes any kind of drug and alcohol. He encourages people to follow a healthy lifestyle and do exercise regularly.

His famous Yoga Day Campaigns held on 21 June every year are broadcasted nationwide where he is joined by celebrities too. He is followed by forty lakh people on twitter and ranks on 6 positions of celebrity list on twitter account. He is one of the most famous politicians on Facebook also.

Mr. Modi is quite particular about his attire and only Ahmedabad based textile company Jade Blue has the privilege to design his attire. He served for 12 years as the chief minister of Gujrat and brought many important reforms in the state during his tenure. He is praised globally for his hard work and strong decision making power which helps him to lead the country during emergency times.

His latest “Nation-wide Lockdown Movement” to save the masses from Coronavirus pandemic has been appreciated worldwide and is showing positive results. He is not only a great leader but also a true guider who is taking some serious initiatives to fight this pandemic disease together.

Narendra Modi is a strong believer in Hindu philosophy and spent 2 years with Himalaya sadhus and yogis in his years to learn deeply about our ancient philosophy. He uses his Hindutva knowledge to guide people in the way of life.

He is not a very deep sleeper and sleeps only 5 hours a day and wakes up early to start his daily regime. He makes sure to do yoga daily and respond to his followers on social media account every morning. His speeches and quotes reflect deep knowledge which he acquires on a wide range of topics

He is popular among the youth for bringing international recognition to India through his tours and campaigns. Even during pandemic his initiative to provide chloroquine to different nations has been highly praised.

Below are some of Narendra Modi Quotes from his campaigns and famous talk show “Mann Ki Baat“.

“Once we decide we have to do something, we can go miles ahead.” ― Narendra Modi

“A youthful nation like ours must leave an impact in the entire world.” ― Narendra Modi

“When the party gives me a responsibility, I must do it with complete dedication. God has given me the ability, which I utilise to its optimum.” ― Narendra Modi Quotes “The world has changed. We can’t think about our development journey isolated from the world.” ― Narendra Modi

“Social media is reducing social barriers. It connects people to the strength of human values, not identities.” ― Narendra Modi “Many countries which do not know our language, tradition, or culture, are now connecting to India through Yoga. The practice, which connects the body, mind, and soul, has played a big role in binding the world too.” ― Narendra Modi

“A perfectly healthy man can contract a lot of ailments if he starts suffering from diabetes. Bad governance is worse than diabetes.” ― Narendra Modi Quotes “Sardar Patel United the country territorially. We too must undertake efforts and further the spirit of oneness in society.” ― Narendra Modi

“Today India is being lauded world for it is not because of Modi but due to 125 crore Indians.” ― Narendra Modi Quotes “Swachata is a Puja for me. Cleanliness is a way to serve the poor of India.” ― Narendra Modi

“We do not just lay foundation stones, but ensure timely completion of projects so it benefits the people.” ― Narendra Modi Quotes

“India is changing. India’s standing the global stage is rising and this is due to Jan Shakti.” ― Narendra Modi “I urge everyone to make Yoga a part of our lives. Yoga is about health assurance, and it is not even expensive to practice.” ― Narendra Modi

“We want to fulfill the aspirations of the poor and neo-middle class. Our initiatives are aimed at strengthening and empowering them.” ― Narendra Modi

“Without proper connectivity, the economic development of a nation slows down. Keeping this in mind we are focussing on ports infrastructure.” ― Narendra Modi Quotes “India presents an example of cooperative federalism. The center and states are working together for the development of India, this is our effort.” ― Narendra Modi

“Every India wants to contribute towards the country’s development, people are now getting opportunities and the right environment.” ― Narendra Modi

“When I think developed India, I think of a healthy India, particularly the good health of women and children of our nation.” ― Narendra Modi Quotes Hopefully, you have been wised up after reading deep meaning and useful quotes said by Mr.Modi. His dedication can be seen through his strict schedule and he makes sure that he completes every task on his list by the end of the day. Narendra Modi is a live example that hard work can help you to achieve any position despite your background.

21 Mukesh Ambani Quotes – That Will Boost Your Confidence